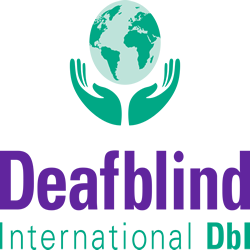 Home
-
What is New
-
Dr. Walter Wittich is the recipient of the 10th Annual JT Award

We are excited to announce that Dr. Walter Wittich, Associate Professor at the University of Montreal in the School of Optometry, and chair of the Deafblind International Research Network is the recipient of the 10th Annual JT Award.

The JT Award was established in 2011 by Rotary Cheshire Homes and the Canadian Helen Keller Center @CHKCinfo to recognize the efforts and achievements of individuals, consumer groups, or service providers who have made a significant and lasting contribution to the Canadian Deafblind community in the areas of Awareness, Expansion, and Involvement.

Dr. Wittich joins an illustrious list of past winners:

2014 Joan Mactavish (Ontario) Interpreter of Mae Brown, the first Canadian women with deafblindness to get a University degree (Ontario)

2020 Walter Wittich (Quebec) Associate Professor at the University of Montreal in the School of Optometry, Inaugural Chair of Research Network at Deafblind International

The award will be presented virtually on October 27th, 2020.